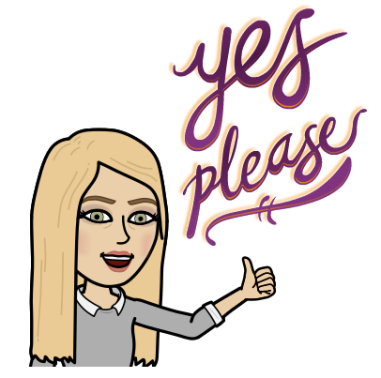 I’m not sure yet how I feel about turning 50 … “it’s strange to be almost 50, I feel like I just understood how to be young, it’s like the last day in a foreign country, you finally figure out where to get coffee & drinks & a good steak and then you have to leave and you won’t ever be back.” “Less” by Andrew Sean Greer.  It’s kind of true you just get to a place where you feel good about yourself & your life, you don’t look THAT old, you can still do all your activities (hopefully, maybe along with some aches & pains), you don’t care what people think about you (aka “the license”), hopefully you’ve accepted the way you look, you’re “comfortable” in your own skin, and then out of nowhere it’s like … “damn I wish I could go back to being 20 and I’d wear mini-skirts” because my legs weren’t as bad as I thought, but now even if I could, I can’t, because it wouldn’t be appropriate.  I’d travel to the all the places I could afford (and some I couldn’t and figure it out later) because my body would bounce right back, if my job wasn’t waiting for me, I could get a new one, my dog would survive the “grandparents” or the kennel.  When you’re older there may not be another job and the grandparents and real babies would not necessarily “survive”.  I told a friend that I think for the next couple of years we’re only going to travel within the U.S. (maybe Mexico & Canada) because international travel (10-14 hour flights) is not that easy the older you get (even if your lucky enough to upgrade to first class).  And she said “NO, you have to go NOW while you’re still somewhat able-bodied because it will only get worse, save the Winnebago for when you’re in your 70’s!!!”, she has a very good point!

And then there’s the “LICENSE”, a phenomenon that mostly women experience (men might also & they just aren’t as vocal about it 😂).  I recall, as do most of my friends, when our mother’s turned 50 and all of a sudden they turned into (and I mean this in the most loving way possible) the biggest bitches!  It’s like they turned 50 and got a “license” to say and do whatever they wanted (I get it — I’m in the process of acquiring “the license”, my husband would say I’ve been in the process for the last 10 years)!  You get to be over 45ish going on 50 and when a 25-year-old tries to give you “life advice” it’s really hard to nod politely and say “thank you” or “you’re right” because what you want to do and unfortunately sometimes I do (in a manner of speaking) is shout back, just YOU wait until you’ve worked for 20 plus years, been married for 20 plus years and given birth to two children (72 hours of labor total, had an ectopic pregnancy rupture and almost bled to death), been sleep deprived for 17 years, are the parent of two teenagers, own a house & cars that are constantly in need of repair, and aging parents that are also often in need of repair, or the death of a parent … and THEN you can give me life advice.  Not to say there aren’t some very wise 25 year olds out there, but just sayin’!  A great thing about “the license” is not only do you not care what other people think about you, you care more what YOU think about you (in a good way)!  Or at least I hope you do, I feel pretty good about “where I am” my heath, my weight (even my little pot belly, I earned it after 2 kids & 3 abdominal surgeries & a lot of 🍺)!  My laugh lines (aka wrinkles), my spirit/soul and I can honestly say if someone doesn’t like it that’s their problem not mine!  “Part of being an adult is taking responsibility for resting your body and your soul. And part of being an adult is learning to meet your own needs, because when it comes down to it, with a few exceptions, no one else is going to do it for you.” Present over Perfect by Shauna Niequist

Dax: “A term I learned in AA, is we all suffer from terminal uniqueness”
Lena:  “Yes! I learned that term in therapy and one of my favorite thing my mom does is … I’ll tell her something my therapist told me & she’ll love it so much & then a week later I’ll discover she’s using it 100% the wrong way to support her own theories about herself, I told her the expression ‘terminal uniqueness’ and later she said “I think I also suffer from terminal uniqueness, you know just being so unique my whole life, that nobody gets it!”
Lena: Another time she said her therapist is really into “accountability” and I asked her “what does accountability mean to you?” and her response was “as in everyone needs to be accountable TO ME”
Dax: “There’s a couple little clues that there might be some light narcissism in the mix here”
Lena:  “I will tell you something about my mom she’s my hero, but as she’s gotten older, her capacity to endure anyone else’s bullshit is zero, she’s just a steamroller, steaming through the world.  She’s a female artist and because she had to really duke it out in the 70’s & 80’s to do what she does, she’s now really settled into this eccentric glamor puss with a jewel on her shoe & it really works for her …
Dax:  “Like she’s earned the right …”
Lena: “it’s 100% the vibe she has going on.”

Another aspect of turning 50, is you don’t truly feel like a “grown-up” until you experience the death of a parent and I can only imagine, but maybe not until the death of both parents, which typically happens when you’re in your 50’s …

“I hadn’t known I needed him there, needed him like a landmark, like a pyramid-shaped stone or a cyprus, that we assume will never move, so we can find our way home.  And then inevitably one day it’s gone, and we realize that we thought WE were the only changing thing, the only variable in the world, that the people & objects in our lives are there for our pleasure, like the playing pieces of a game and can not move on their own accord.  Like they are held there in place by our need for them, by our love for them.”  “Less” by Andrew Sean Greer.  And then one day they are gone and you have to “go it alone” and then you slowly start to realize that you really are alone and YOU are the grown-up and that maybe some day you will be the cyprus, the stone, the north star for one of your children …

“People always remember you at the age they met you, so at 50 they will only ever imagine you as a grown up.  It’s not all bad, people will always think you are grown up and therefore take you seriously.  My point is “welcome to fucking life, 50 is nothing! I look back at 50 and think what the fuck was I so worried about?  Go enjoy yourself” (from his 70 year friend).  “Less” by Andrew Sean Greer  It’s kind of true, I try to picture people as a younger version of themselves before I met them, the people I love, everyone once in a while I have a glimpse of what they must have looked like as a child, but really I do remember them as they were when I first met them, even if their weight has changed or their hair has turned gray, or they now have glasses, I see them how they were when I met them.

” … look at them! Who would ever believe it is two days before his birthday & he’s on a camel ride in the Sahara (his friend hollers at the group) “shut the fuck up and enjoy the fucking sunset on your fucking camel” and he’s thinking “it is after all almost a miracle they are here and not because they’ve survived the booze, the drugs, the migraines, not that at all. It’s that they have survived everything in life, humiliations & disappointments & heartaches & missed opportunities, bad dads & bad moms & bad jobs & bad sex & bad drugs, all the trips & mistakes & face-plants of life to have made it to 50 and to have made it here, to these mountains of gold, this tidy table on the dune set with olives & pita & glasses & wine chilling on ice, with the sun waiting more patiently than any camel for their arrival, so YES as with almost every sunset, but with this one in particular “shut the fuck up“. “Less” by Andrew Sean Greer

You have turned 18 with 32 years of experience! You are like the fine wine that gets more exquisite with age! 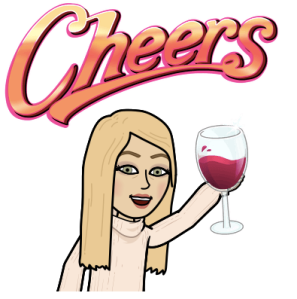