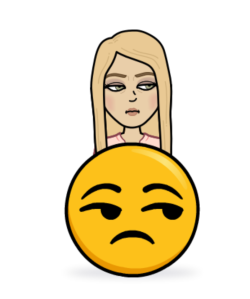 “This perimenopause is bullshit and how come no-one forewarned me how bad it could be?  I mean seriously I could have used a heads up!”  this from a girl (yes I’m still going to refer to my friends as girls … forever ❤️), she wasn’t talking to me directly and she doesn’t know about my blog or any of my personal perimenopause “bullshit”, but I overheard her and I laughed so hard, because yes … why weren’t we forewarned???  A heads up would have been nice! You have sex-ed in grade-school and middle-school, you have birthing classes and books when you’re pregnant “What to Expect When You’re Expecting”, there are parenting books and classes (although none of them REALLY prepare you for parenting, but that’s another post). Seriously, why doesn’t someone tell you about the 2-12 years leading up to menopause?  Why isn’t there a “what to expect prior to never being able to expect again”?! Our mother’s didn’t forewarn us …

in their defence most of them were on hormone replacement therapy and didn’t experience a fraction of what a lot of us are going through and some of them weren’t even aware they were on HRT.  Their doctors put them on birth control pills (at a minimum) to diminish what was sure to come, maybe partially for their own benefit?!🤔 It might prevent their 40-50ish year old female patients from becoming “hysterical” 🙄 in their office, or complaining about a variety of mental & physical ailments that accompany perimenopause and who want’s to deal with that?! Especially a male doctor!

Hysterical. It’s a word with a very female-baiting history, coming from the Latin hystericus (“of the womb”). This was a condition thought to be exclusive to women – sending them uncontrollably and neurotically insane owing to a dysfunction of the uterus (the removal of which is still called a hysterectomy).  Those women assuredly weren’t insane they were probably just perimenopausal! 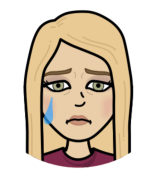 Here’s another:
Loony. Coming from lunacy – a monthly periodic insanity, believed to be triggered by the moon’s cycle (remind you of anything?). 😐

Spell check doesn’t even know what to do with the word perimenopause, it says it’s incorrectly spelled, but offers no correction or alternative … it doesn’t recognize it as a word!  Just like no one talks about it or acknowledges it, not even spellcheck 😔. Why isn’t it ok to talk about it & why aren’t women steered in the direction of a book or a class or a support group, anything when they get close to 40, why don’t your older friends tell you what they went through?  Why is it taboo? At least now there’s the internet but it mostly just lists the symptoms, it doesn’t really say how awful it can be and that it can be worse for some than others.  I love my doctor and she’s great, but even she didn’t forewarn me how bad it could be, she did say there’s a scale of 1-10 and some women “sail right through” at a 1-3, and in a relatively short amount of time and then there are others who it last for years, up to 10-12 and it AWFUL!  She recently told me I’m an 8-10! I found there aren’t many resources that are in depth and most importantly honest about perimenopause until the book …

“Moody Bitches: The Truth About the Drugs You’re Taking, the Sleep You’re Missing, the Sex You’re Not Having, and What’s Really Making You Crazy” by Julie Holland

Symptoms of PMS include:  (7 symptoms)

Symptoms of perimenopause include: (22 symptoms)

Oh but it is … I sent my two best friends from highschool the article from the Huffington Post …This Is What No One Tells Women About What Happens To Your Body In Your 40s HuffPost: https://apple.news/AsDcbZ9oXRpWKdPrbhXGKyA
here’s the text exchange that followed (Sandy is one of our moms ;)).

“Well that was depressing! I have had corneal abrasions and found out I have chronic dry eye and probably an autoimmune disease. It is causing my eyelid to tear my cornea when I open my eyes in the morning. I went to another eye doctor today and she said I also have cataracts. Say what?! She said this is all positive, you aren’t going blind. 😂 I am not complaining …  your back stuff sounds much worse, and I have a friend that is 51 and needs jaw replacement surgery! But I WILL complain that being 50 sucks! And we were not warned appropriately!!  Thank goodness for wine & friends.”

“Oh no! Sorry! 😔I have chronic dry eyes also, $300 a month eye drops 🙄plugs and nothing helps that much. 😔I’ll never forget my grandma saying “this getting old is for the birds” she was right and perimenopause is no fun either! And yes no one warned us … APPROPRIATELY!”

Again a “heads up” would have been nice!

“It is terrible sounding!!!😳.  But definitely better than going blind!! In the famous words of Sandy at my wedding … “you better enjoy this because you won’t look like this forever!” I am sure she also meant feel healthy forever, too! 🤪. Girls, we have to keep fighting the good fight. I am finally feeling mostly like myself at 12+ weeks post back surgery. Still glad I did it even if I feel a permanent new surgically induced pooch!! 🙄. Love you both!! 💋💋💋”

“OMG! I wish I’d had that quote from Sandy for my last blog post 😂 & totally something my mom would say also! 🤣 yes girls, we’ve got to keep fighting the “good fight” that may be my next blog title 😘 I still get pissed about my ectopic pregnancy pooch … two vaginal babies and I end up with worse than a c-section scar/pooch😠but we’re still here ‘fighting the good fight’!”

“Glad your back is feeling better! Sorry about your eyes! Yes, keep on fighting the good fight, while trying not to look average! Another great quote by Sandy!”

To all those girls (women) out there … keep fighting and hang in there and know that you are not alone! Getting older isn’t all fun & games, but it sure beats the alternative.

“KEEP FIGHTING THE GOOD FIGHT” … while trying not to look average!