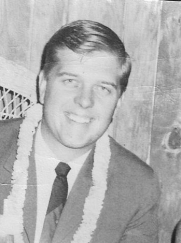 It is a curiously intimate thing shaving someone.  When my father almost died but was released from ICU, which almost never happens, in fact it happens so rarely, it took them seven hours to figure out the paperwork to have him discharged. My dad went from “he’s going to die” to “we’re sending him home” within 48 hours after having been in the hospital for a week.  And then there was an issue with finding a portable oxygen tank to send him home with, which caused a further delay.  Then an “angel of a nurse” snuck one out of a closet on another floor of the hospital because he could see how desperately my dad just wanted to go home.  My dad insisted on giving him a thank you, all the cash he had in his wallet (which I think was around $100).  He vehemently refused, and we vehemently insisted to the point he REALLY didn’t have a choice,  he was so grateful and said “today is my birthday and with this money I am going to take my wife out to a really nice dinner”.

My dad was so happy to be home, but he was so week and dizzy from a week in the hospital and all the drugs they’d pumped into his system, he couldn’t even walk without help to the bathroom five feet away from his bed.  After a few days at home my mom insisted he shower and shave, she helped him shower and then I sent her away to run errands, or maybe just to have some time to herself, she hadn’t left his side in two weeks, I told her to go and I would help him shave, she replied ‘okay just make sure you do it in the bathroom so you don’t make a mess”.  My father was sitting in his chair in the living room and when she left he said “let’s just do it here in the living room, so I don’t have to get up, but don’t tell her”, and we both giggled like kids being naughty.  He had the common sense to tell me to put down some newspaper, I would never have thought of it, but then again I’d never shaved someone before.  I went and got all the necessary equipment and he guided me through the process, first with the electric shaver to get it shorter then with the razor, it was strange to be that close to him, to his face, and I had to be so gentle because his skin seemed like tissue paper.  I hadn’t been that close to him physically since I was a small child.  When we finished we were so pleased with ourselves, even though we missed a few spots, but it had worn him out so we let it be (and hoped my mom wouldn’t notice or comment, which of course she did), but we were content and satisfied with our results so it didn’t matter what she might say.  And when she did comment, he just winked at me.

“Shaving him was a bit uncomfortable and awkward but so rewarding and sweet that when he passes from this earth it will be one of my best memories of him and I wouldn’t trade it for anything”.  I wrote this story shortly after that visit all those years ago in the “notes” on my phone so that I wouldn’t forget everything about that day, not just the act itself but how it felt.  I came across this story the other day searching for something on my phone, he passed away a couple of years ago and as predicted it is one of my fondest memories.  I love you dad and miss you every day.❤️

“Don’t grieve for what is lost it will come back to you, maybe in a different form”  Rumi*

“If you experience sorrow or grief you will heal”  Rumi*

*Rumi … I think … again in my notes on my phone 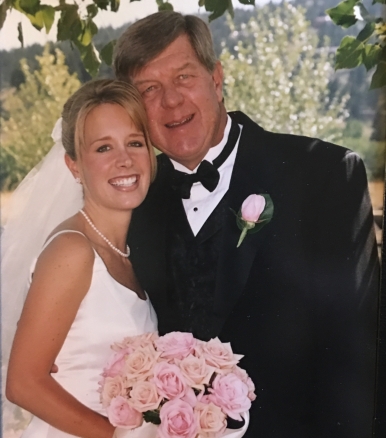 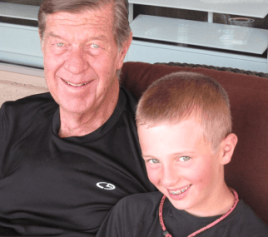 One thought on “Happy Father’s Day …”